Illicit drug use has become an epidemic in Vermont. According to Chen and Cimaglio (2016, January), “Because non-prescription opioids, primarily heroin, are widely available in Vermont and are inexpensive, the decrease in non-medical pain opioids has been replaced by a dramatic increase in Vermonters who use and are addicted to heroin as demonstrated by the more than 350% increase in number of people seeking treatment for primary heroin addiction between state fiscal years 2011 and 2015.” In spite of the alarmingly high heroin-use rate, new research and treatment options in Vermont have given addicts a way to reshape their future.

There are a lot of stereotypes surrounding addiction, and therefore many people are misinformed. Addiction is a treatable disease, and recovery is always possible. For example, Maria, a former heroin addict, was able get sober with the help of the Brattleboro Retreat. In the following video Todd Kammerzelt, Unit Chief of the Brattleboro Retreat, addressed these stereotypes and elaborated on the definition of addiction and recovery (Retreat, 2014, May 30):

During her stay at the Retreat, Maria participated in group therapy. According to the article “Substance Abuse Treatment: Group Therapy,” there are a couple of reasons why group therapy is successful.

One reason for this efficacy is that groups intrinsically have many rewarding benefits—such as reducing isolation and enabling members to witness the recovery of others—and these qualities draw clients into a culture of recovery. Another reason groups work so well is that they are suitable especially for treating problems that commonly accompany substance abuse, such as depression, isolation, and shame. (Center for Substance Abuse Treatment, 2005)

During group therapy Maria built a support system. She was surrounded by people who knew what she was going through. This relatability is exactly why group therapy is so successful. During my interview with addiction counselor Mark Killgallon, he stated,

The idea that I can’t but we can is the bedrock of [group therapy]. The shame and guilt that often accompany the disease can keep people away. The reality that everyone in the room has experienced similar failures but have turned their life around can provide a powerful example of what can happen when one puts the plug in the jug (Killgallon, personal communication, November, 29, 2016).

The group therapy Maria attended not only created a support system for her, but also let her see others who were successful. Group therapy paved the way for Maria’s recovery, although she also needed to work on improving her self-control. In the following podcast Dr. Carlo C. DiClemente elaborates on different types of therapy, and the importance of self-control during recovery (DiClemente, 2016, September 1):

To manage her impulses, Maria also participated in one-on-one therapy at the Retreat. The addiction counselor she saw specialized in cognitive-behavioral therapy or CBT. CBT can help addicted patients overcome substance abuse by teaching them to recognize and avoid destructive thoughts and behaviors. A cognitive-behavioral therapist can, for example, teach a patient to recognize the triggers that cause his or her craving for drugs, alcohol or nicotine, then avoid or manage those triggers (Winerman, 2013).

During this therapy Maria recalled “learning how to recognize my warning signs of relapse.” (Maria, personal communication, November 10, 2016) Learning to recognize her triggers allowed her to avoid them and to find alternative ways of dealing with these triggers. Behavioral therapy has proven to be of great use to addiction counselors. When asked about the most successful therapy for addicts, counselor Mark Kilgallon stated,

Most if not all of the interventions I use are CBT-based. If you think about AA/NA, they are really a CBT-based intervention that has been around long before the idea of CBT as a legitimate therapy was thought of (Kilgallon, personal communication, November 29, 2016).

While CBT can be an effective method of therapy, its success is often dictated by the patient. “When CBT is used as designed, clients must have some cognitive clarity and will benefit most if they participate in monitoring their thoughts and behavior and practicing new skills” (Amodeo, et al., 2011). Because Maria was willing to monitor her own thoughts and behavior, CBT was a successful therapy choice. The different types of therapy she received while at the Brattleboro Retreat drastically improved Maria’s chances of staying sober.

The Brattleboro Retreat. (2014, May 30). Keep talking: The myths & truths about addiction [Video File]. Retrieved from https://www.youtube.com/watch?v=fcUPxlDlIxo 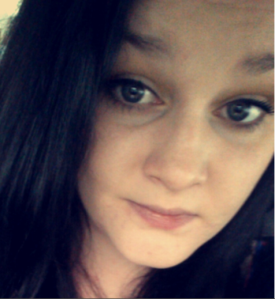 Samantha Morse: I was born and raised in New Hampshire. My husband and I currently live in a small town raising our son. Growing up in a small town has its perks, however,  I found myself settling into a rut. After my son was born, I decided to embark on a journey to better his life and my own. I am currently taking classes with the hope of enrolling in nursing school. My end goal is to live a fulfilling life and to become a person my son can admire.