Autism, what is it? We often hear it mentioned and spoken about through public service announcements, through books and movies, or through knowing someone personally affected by autism. I’m going to tell you one family’s story, how autism touched their lives, and how their local and state community helped them through it all.

Autism, also referred to as Autism Spectrum Disorder or ASD, is a series of disorders that relate to brain development. They are characterized by “difficulties in social interaction, verbal and nonverbal communication and repetitive behaviors.” (“Autism Speaks,” 2014) The spectrum of autism means that each case is different. Some with autism are gifted and very skilled in one area. Many individuals with autism are very bright, “40 percent have average to above average intellectual abilities” (“Autism Speaks,” 2014), while others on the spectrum are unable to be independent in their daily tasks. According to the Center for Disease Control and Prevention, 1 in 68 children in the United States has been identified as being on the autism spectrum. Boys are more likely to be identified as having ASD, with 1 in 42 (Centers for Disease Control and Prevention, 2010). Research indicates that the prevalence of ASD in children is rising.

Many parents remain unaware of their child having ASD early on, wondering and worrying as depicted in this public service announcement:

“Parents often first become concerned because their child is not using words to communicate, even though he or she recites passages from videotapes or says the alphabet. Though social deficits may not be immediately obvious in early years, they become gradually more evident as a child becomes more mobile and as other children become more socially sophisticated.” (Amaral, Cook, Leventhal & Lord, 2000)

To find more about the diagnosis process and other supports available in Vermont, I got in touch with a mother of a son with autism. When first corresponding with Ms. Winters she admitted that she initially wasn’t concerned about her son’s lack of communication and odd mannerisms.

Jason [pseudonym used] was normal in my eyes. He was my first son, my first child. Sure, he was late to meet some of his milestones, but I never found it a reason to worry. He didn’t show affection like the other children. That was when I first began to notice. I had Alex, our second son, when Jason was three. I was pregnant at the same time as some of my other friends, and when the babies arrived their older siblings were very interested in the babies. But Jason wasn’t, he didn’t really pay attention to Alex. So I started to notice more, I had heard about Autism before and I began to educate myself. I wanted to understand my son and have an idea of where things were going before I had a doctor tell me anything.” (L. Winters, personal communication, April 4, 2014)

Vermont provides early intervention services for families of children ages birth through three years of age. The services are provided through the Individuals with Disabilities Act (IDEA), and includes various supports for children with developmental delays or with a diagnosed condition that often results in a developmental delay. (Vermont Agency of Human Services, 2014) The services provided are unique to each child and their individual needs.

After a child turns three, Essential Early Education (EEE) becomes their next option. EEE is available for children with a delay in a specific skill area, or with a diagnosed medical condition that could interfere with their success at home or school. (Vermont Family Network, 2014) When interviewing Ms. Winters, she discussed her experience when trying to get help for Jason:

As time went on I continued to notice Jason’s development, I was watching closely. I finally chose to take him to see a professional when Jason really wasn’t making friends, he wasn’t connecting with others his age. He didn’t like to be away from me whatsoever. He also wasn’t connecting with his little brother, Alex. Alex would be crying and very visibly upset, but Jason wouldn’t be concerned. He never showed any affection for Alex either. He also wasn’t speaking the way other kids his age were starting to. I understood some of what he said, but most of his speech wasn’t made up of sentences. Even the caregivers at his daycare center, the ladies who spent a lot of time with him, struggled to understand what he was saying. We went to see his pediatrician, I told her my concerns. She made a referral for Jason to the Child Development Clinic.” (L. Winters, personal communication, April 4, 2014) 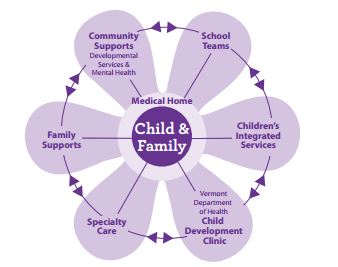 When we finally went to the clinic it went fairly well. I was expecting Jason to become emotional when he was asked to separate from me and interact with the clinic team. But they were extremely experienced, they knew what they were doing. They answered all my questions and made me feel more comfortable about the word disability. They could see the same thing that I saw in my son, he was bright, he was inquisitive, he’s a really special kid.” (L. Winters, personal communication, April 4, 2014)

Ms. Winters received a summary of the report after the clinic. The recommendations that she received allowed for her to go forth to help Jason become eligible for EEE services. They created an Individualized Education Program (IEP). The IEP outlined Jason’s strength’s and weaknesses. The team worked with Ms. Winters to create goals for Jason that would help him with his development, and allow for him to work on his skills and work toward becoming more independent and preparing him for kindergarten.

By the time everything began to be set into motion, as things went along, Jason was reaching his fourth birthday. He was showing signs of improvement. He was dealing with his emotions in a more productive way, he was developing the social skills that he needed in order to make connections with other kids. He was getting that extra push, that extra help he really needed to get from point A to B. Many kids are able to reach those milestones without any additional help, but Jason wasn’t. And we realized that as soon as the progress started showing. One of my biggest fears at the time was the thought of Jason entering kindergarten. I met with his teacher before the year started, I met with the special education teacher. And amazingly, his first day of kindergarten came and went and it was okay! He did well, his teachers were aware of his struggles and were able to help him. He was given a paraprofessional to help him throughout the day. Next year we’re hoping that he can become more independent and not need the para, but for now we are just taking it one day at a time.” (L. Winters, personal communication, April 4, 2014)

Ms. Winters discussed her experience with the Sapphire Center, which is a center located in New Haven, Vermont. The center’s philosophy is centered around building relationships with the children and their families, developing and using skills, and is grounded in an atmosphere of trust. According to their website:

We use a developmentally based model emphasizing trust, mindfulness and intrinsic motivation. We believe every child can engage in personally meaningful collaborative ‘dances’ with others. These dances may start simply but will grow into more sophisticated exchanges as children gain trust and confidence. Using the framework of guided participation, teachers create or join in dynamic activities with children while highlighting particular elements or themes. Children are encouraged to share their perceptions, reflect on the past, anticipate the future, enjoy novelty, take active roles and use flexible problem solving when faced with uncertainty. We incorporate mindfulness practices such as body and breath awareness to support self regulation and attention.” (Sapphire Center, 2014)

The center offers programs for the school year and summer. As well as offering a daily program, it also holds a list of other various family and child supports.

Ms. Winters stresses needing to know she wasn’t alone in helping her son:

Overall, it was important for me to know I wasn’t alone, that Jason wasn’t alone. We began to build a support system, I met other mothers and fathers, caregivers too. I began to realize that Jason’s ‘disability’ wasn’t something that made him disabled. Originally, I was intimidated by the thought that there is no known cure for autism. But as soon as I started to reach out, as soon as I started to talk to other parents, and dip my toes into the community, I saw that Jason was not disabled. He was surrounded by love, a community that cared about him, friends and family, Jason was able, he was going to be okay. He still is okay! And I can owe much of that to the support we have received, the help of his doctors, the clinic, the IEP team, the community, the teachers at Sapphire, and the parents and mentors that showed me what autism was.” (L. Winters, personal communication, April 4, 2014)

For more information about autism in Vermont, see, for example, the Vermont Family Network’s Autism Web Resources or the online pamphlet Next Steps: A Guide for Families with Children with Autism Spectrum Disorders.

Autism Speaks Inc. (2014). What is autism? Retrieved from http://www.autismspeaks.org/what-autism

Vermont Department of Human Services. (2014). Department for children and families. Retrieved from http://dcf.vermont.gov/cdd/cis/IDEA_Part_C_early_intervention 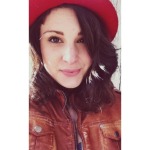 Sarah Carpenter is a native Vermonter and a very recent graduate from the University of Vermont, where she studied elementary education. She loves to write, create art and travel, and has a passion for psychology. She currently resides in Southern Vermont, but plans to move elsewhere in the near future to pursue her master’s degree in social work.